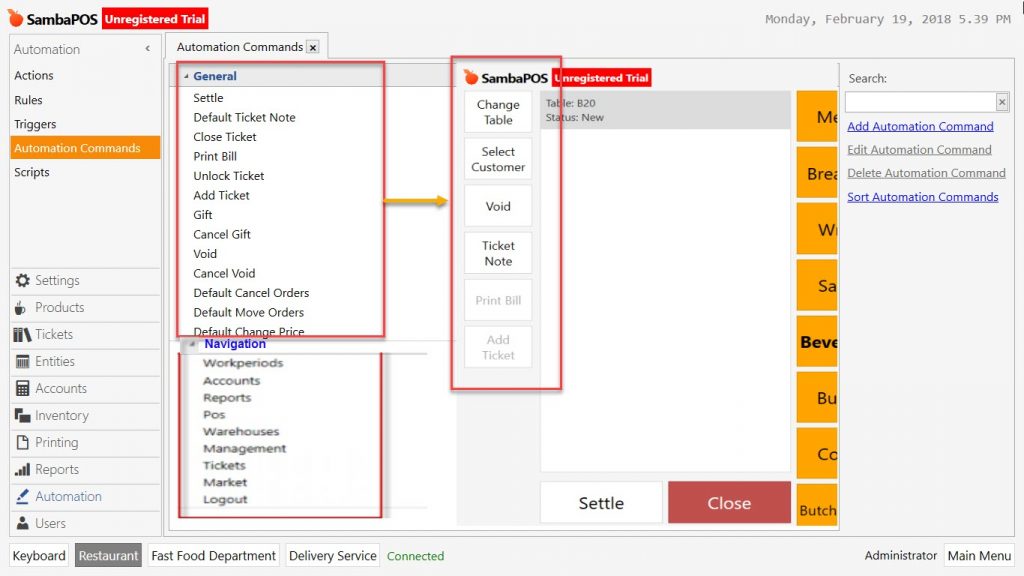 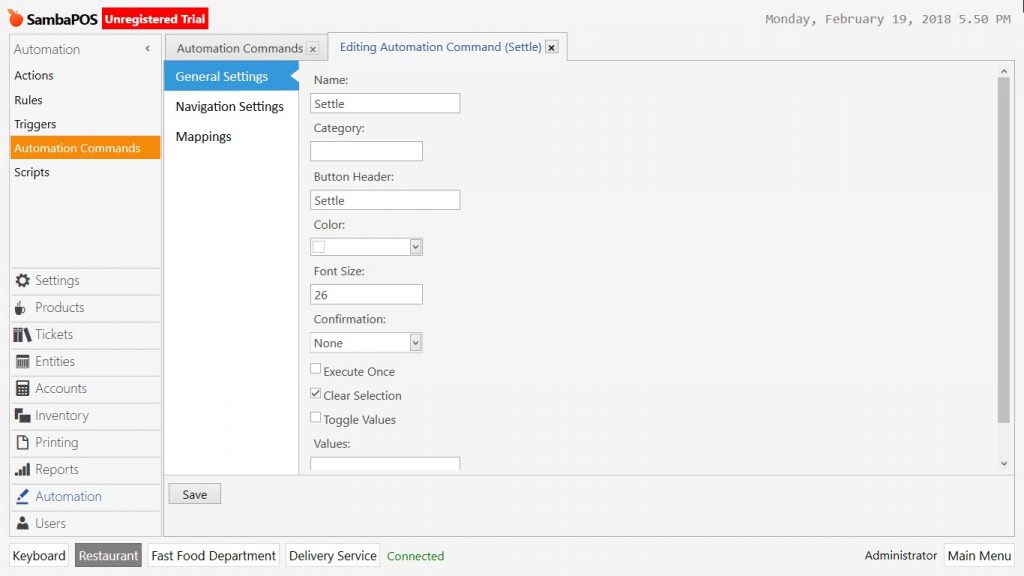 Perform the necessary configurations for automation command to show it on customized navigation screen. 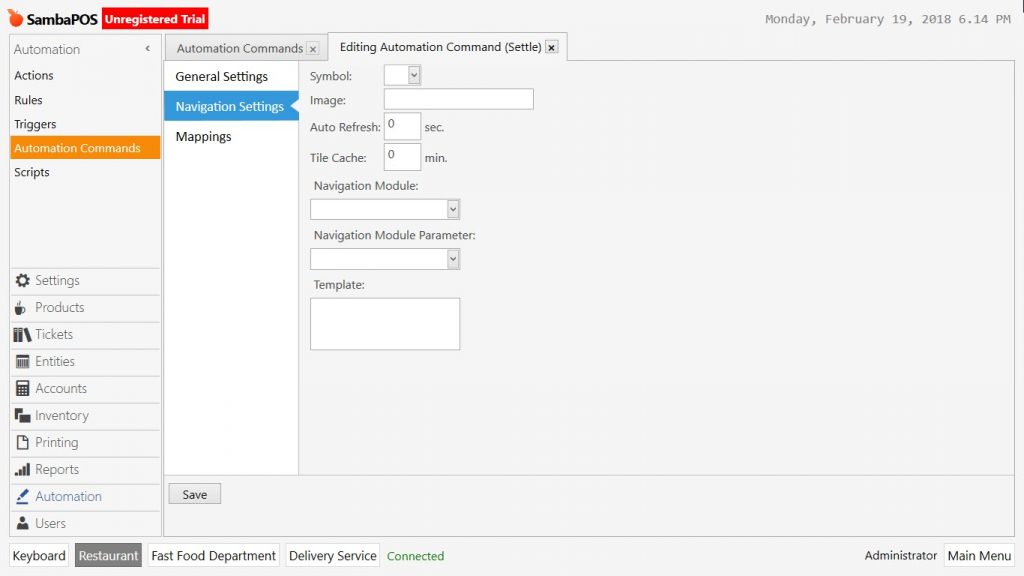 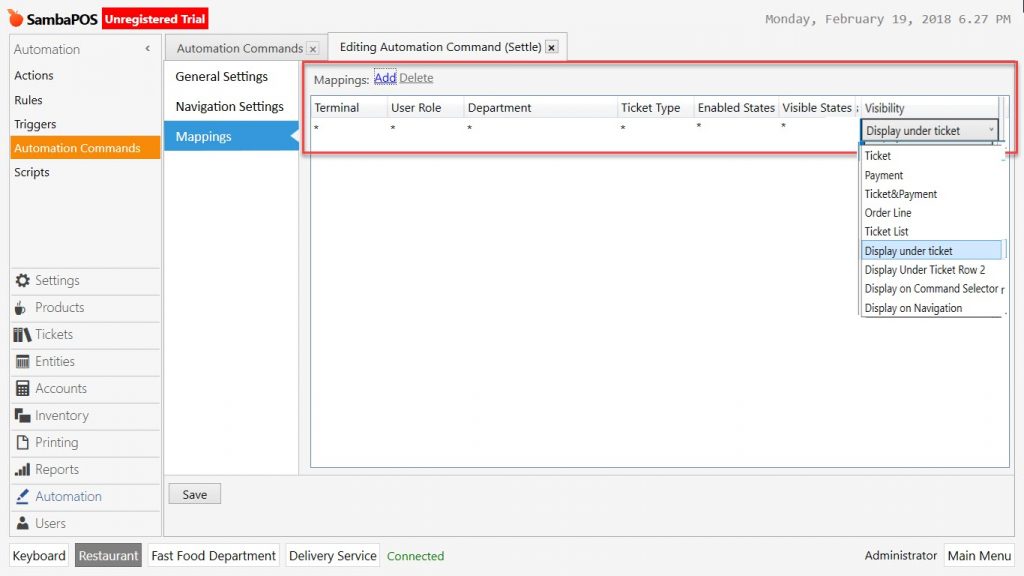 Select the created automation command will be running with which terminal, role, department and ticket type.

In case of necessity it is possible to create new and unique commands.