SambaPOS is compatible with all brand/model printers that has ESC/POS support.

After installation of printer on Windows, make sure to check testing page by printing. 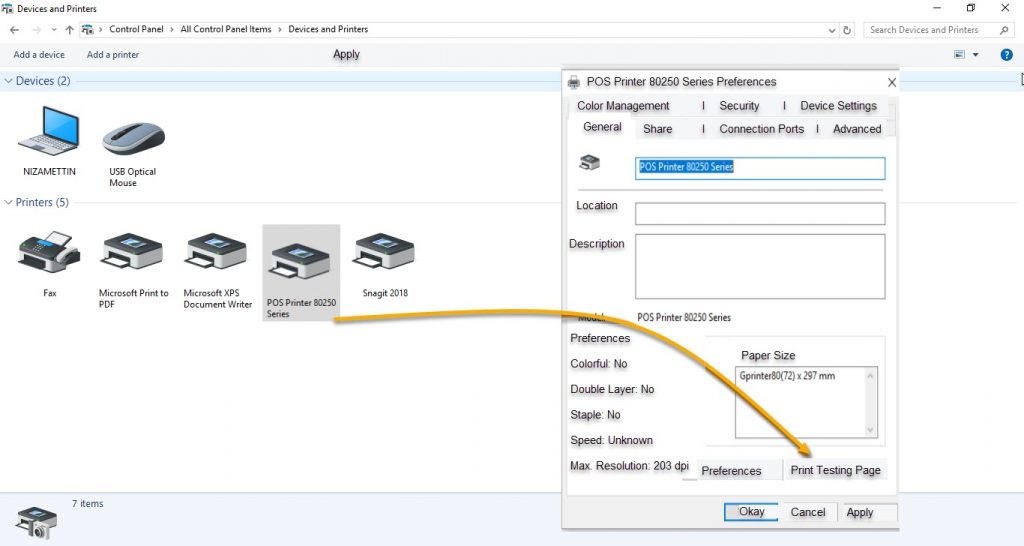 In order to add the printer that previously installed on computer, to SambaPOS go to Manage > Printing > Printers from here click on Add Printer link. 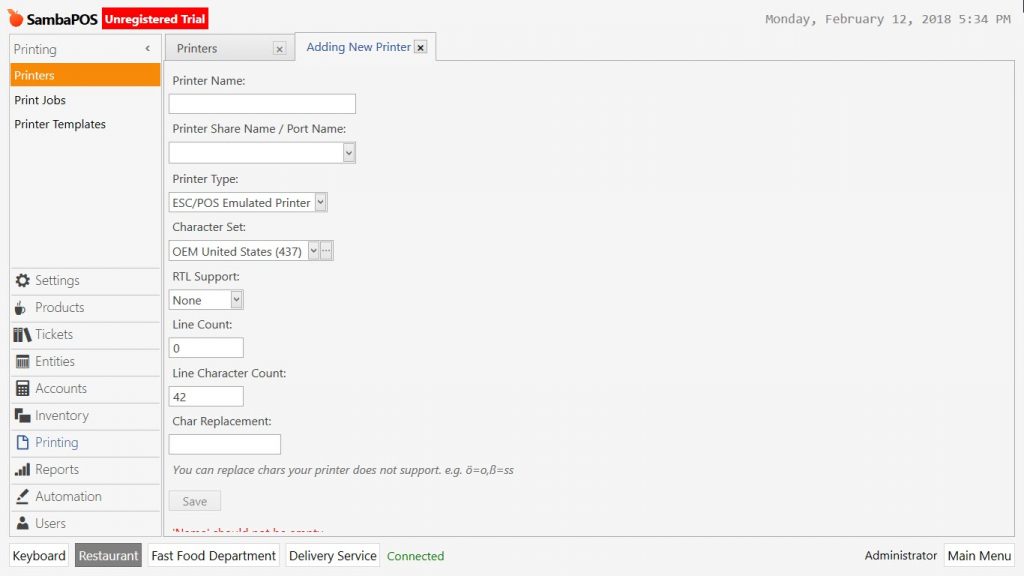 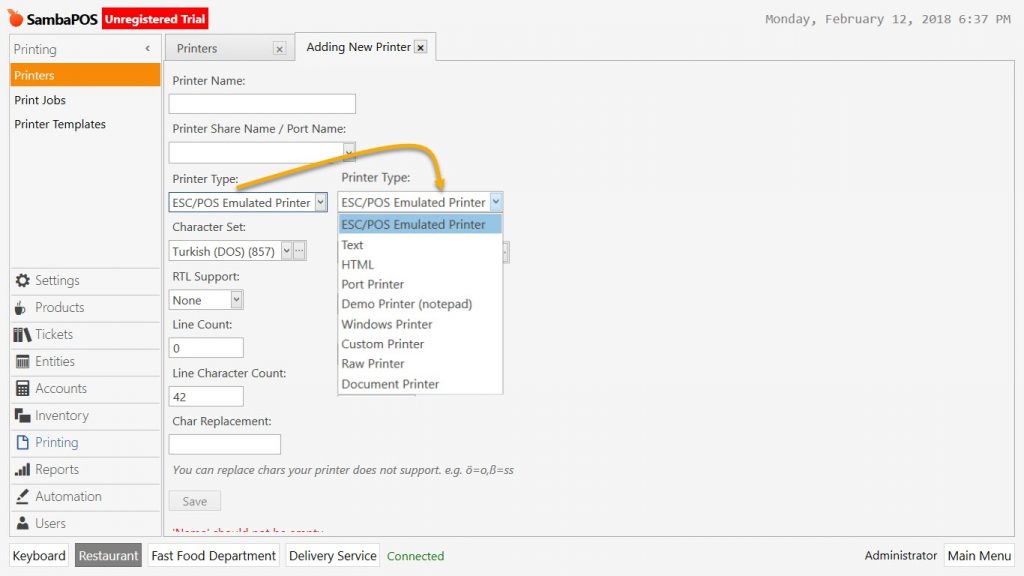 It is enough to add all the printers that will be used in different kitchens or tickets only one time in SambaPOS. Make the printer selection when it is necessary.